Our family tradition is to celebrate holidays a day or two after their real date, so that we can wait and buy the candy for half price.  This year for Valentine’s Day, we skipped the candy altogether, and went on a Whooping Crane boat tour instead.

We left from Fulton Harbor on a cool, crystal clear day.   There were about 38 people on the boat, and about 8 of us chose to stay outside on the top deck.  The captain made sure we noticed all the species of birds on our way to the Aransas National Wildlife Refuge, and when we got there, he held the boat steady, just off shore, so we had about 20 minutes to observe one pair of Whooping Cranes, and all the birds around them.

One Whooper, with a Great Egret, some White Ibis, gulls, and more friends.

“We like long walks in marshy waters, with blue crabs for dinner…”

This was our first time to see the Whoopers, and they are everything you would expect.  I was excited that I could read the number on this crane’s bands, and hoped that I would be able to find his history online, but apparently that is not available.

We continued up the bay, and ended up seeing 17 different Whooping Cranes — families and small groups of “teen-agers.”  We also saw plenty of other birds — I think I got 35 species for the day, 5 of them new life birds for me.

A Caspian Tern and Northern Pintails.

These waters are part of the Gulf Intracoastal Waterway, and the whole time we were stopped to look at birds, barges full of benzene and calcium chloride were passing us.  They were quiet and clean, and it’s amazing to me that they can navigate in such shallow water, so close together.  A barge would be on one side of the tour boat, and on the other side, a Great Blue Heron would be standing in the channel in water that only came up to its knees.

The constant stream of barges in the Intracoastal Waterway.

The next day we went right across Aransas Pass to Goose Island State Park.  More Whooping Cranes live in just ordinary pastures on Goose Island, and are visible from the road (the rangers at Headquarters will tell you exactly where to go).  So if you really want to see cranes, but don’t have the time or money to schedule a boat trip, or fear getting seasick, this is a great option.

Having done both, I do think it is easier to see the cranes from the boat, because you are looking at them from above, without plants in your way.  And if you’re like me, and you don’t do any research ahead of time, the captain’s explanation of the crane’s life history is an easy way to learn while you’re watching the birds.  On Goose Island, seeing the cranes through the brush and tall grass is harder, because you’re down on their level.  But it’s a great companion spot even if you have done the boat tour, because you are sure to see more species, like Roseate Spoonbills and Black-crowned Night Herons. 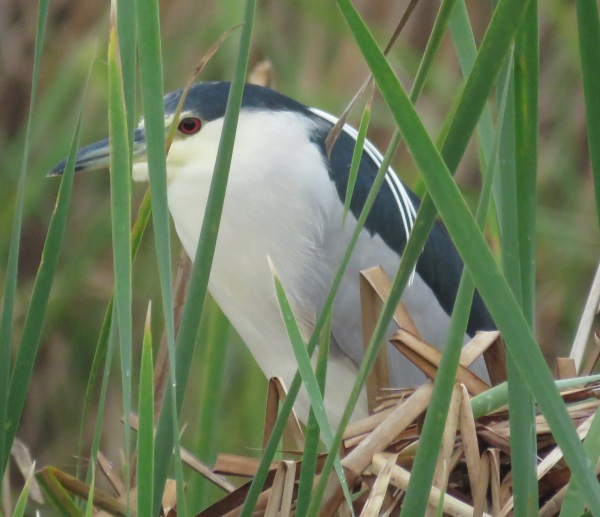 We saw Sandhill Cranes too, which was very exciting for me, because I have never seen them walking along on the ground, only flying over our farm one afternoon in November of 2015.

We have now gone birding for Valentine’s Day two years in a row, so that means it is a new family tradition! 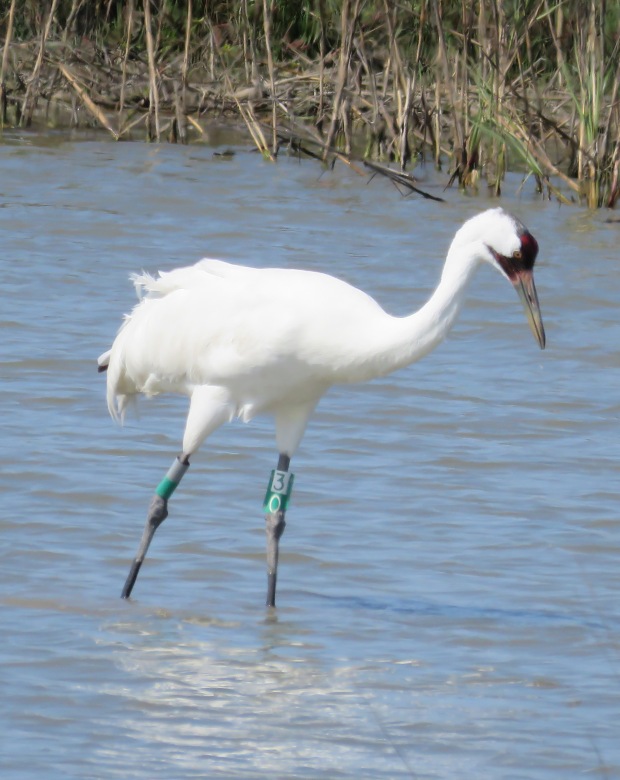 ← The Beauty of Little Brown Birds
What Butterfly Has Its Name Printed on Its Wing? →