What I Saw Today

My objective with this blog is to have a record of the species I see, mostly on our East Texas farm, but also on our travels.  You can click on any picture to see it larger.

I saw a robber fly snatch a grasshopper.  They were hard to distinguish in the grass, but I was carrying a package back to the house, so I used that as a backdrop to get some nice clear shots. 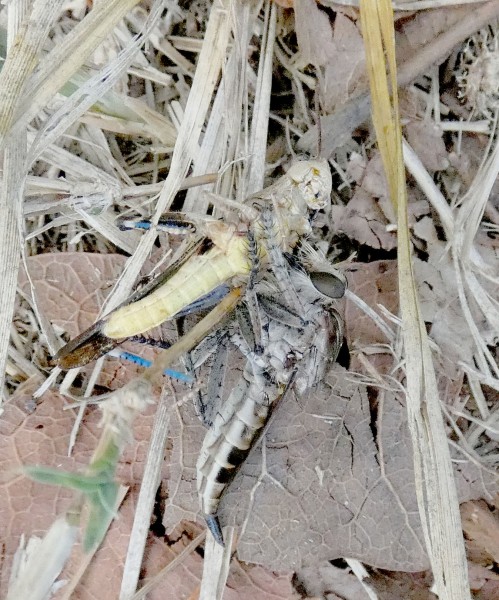 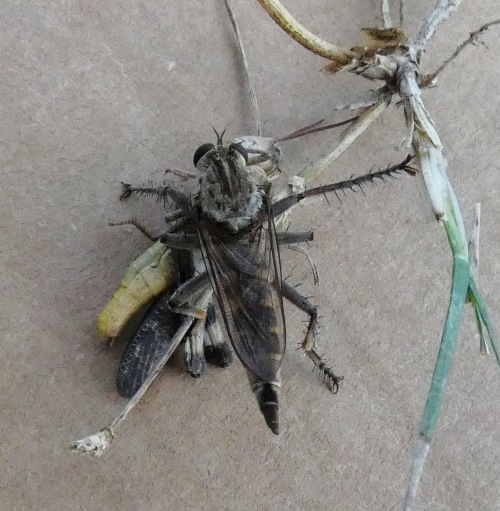 I also saw a Great Blue Heron in the pond today, and heard the young Great Horned Owl.

At sunset, I saw about 20 Black Vultures flying over, heading southwest, and at dark, I saw one of the little bats.

This was the day I finally saw a White-eyed Vireo.  Also, this damselfly that I have not yet identified.  But if I got to name it, I would call it the Bridal Veil Damselfly. 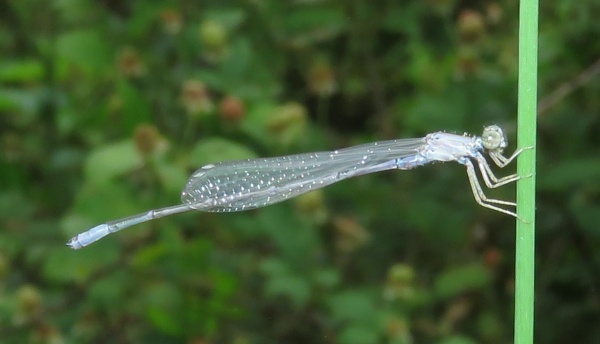 From this first shot, I might have thought I had a Swainson’s hawk, but the second shot clearly shows a red tail. 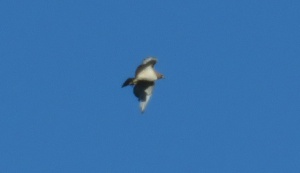 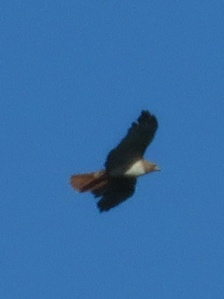 Some sort of Lady Beetle.

I think this is a katydid too. 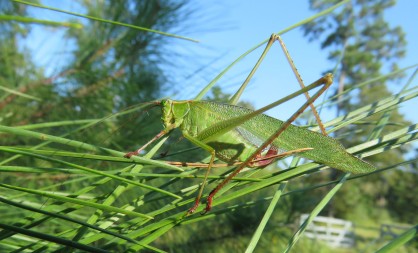 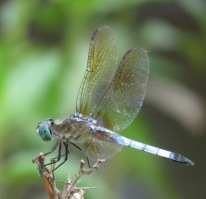 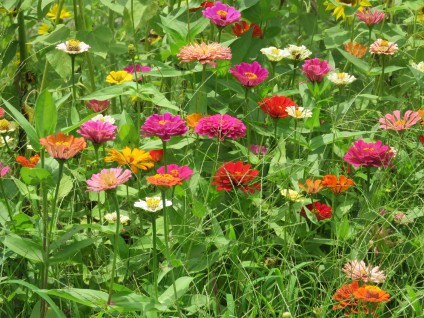 Zinnias are about the only flower I have success with.

A monarda plant with a tiny visitor.

A Buckeye butterfly above the new leaves of a Chinese Tallow tree.

An old nest in an Eastern Red Cedar tree. 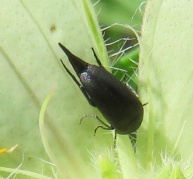 The visitor on the monarda.

The grasshopper, close up. 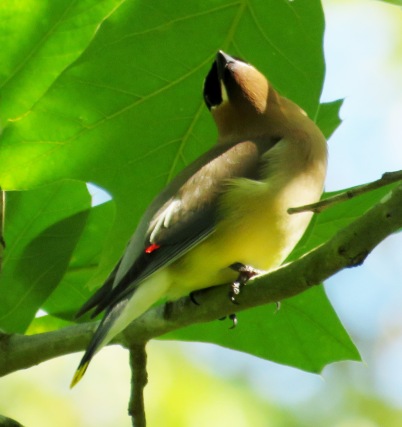 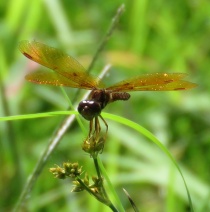 Ruby-throated Hummingbird, at a feeder stuck to the window, allowing me a good look.

In the order I saw each species, but totaled at the end of the walk: