A month ago I took two four-four photography classes.  One simple trick I learned was light painting — you put your camera on a tripod, go out in the dark with a good flashlight, open the shutter for a minute or two, and while it is open, you just point the light beam on an object and move it around.  The camera captures the light and you get some interesting results!

On this first one, the log obviously wasn’t going to move, but the leaves were blowing around a little, and I think that gave it a nice painterly effect. 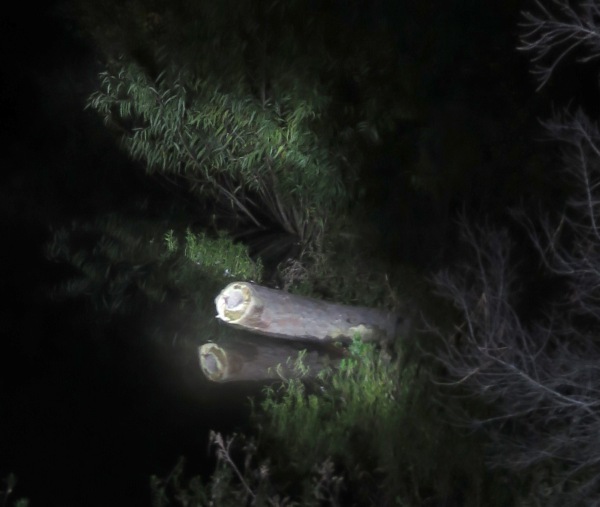 On this one, I was propping the camera on a cooler instead of a tripod, and wiggled it a little.  The tree looks like it’s shivering to me. 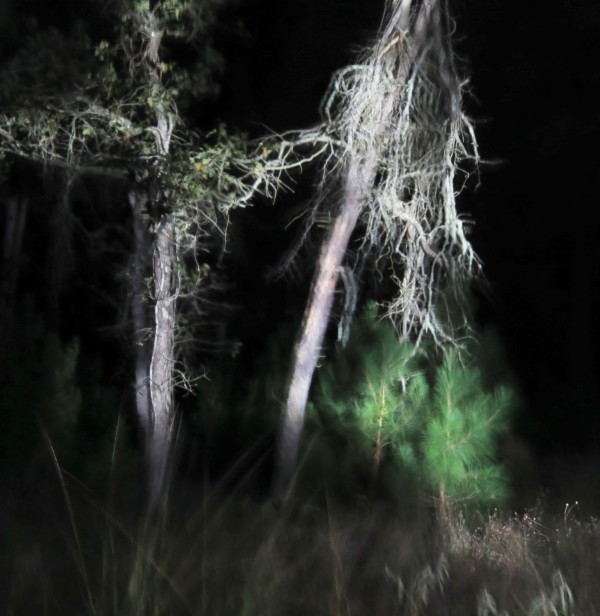 On this next one, initially the background looked completely black.  But the Levels adjustment in Photoshop Elements lightened the sky and made the trees in the background visible. 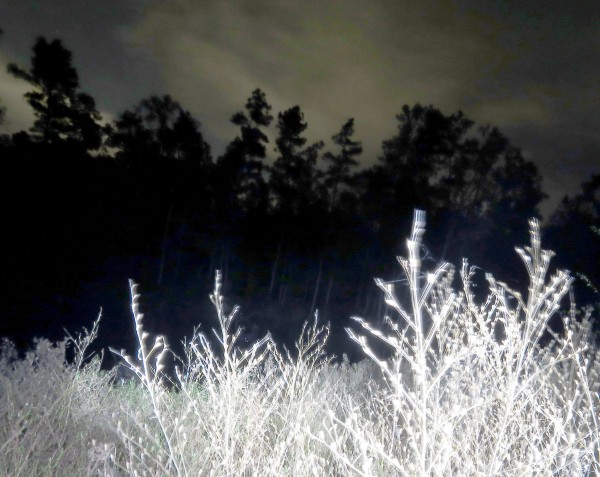 This next one looks like a stage set to me, for A Midsummer Night’s Dream or something about fairies.

I used the Color Saturation and Hue Adjustment menus in Photoshop to make this one more lively.

It’s a fun way to get some photos when the days are short and the nights are long!